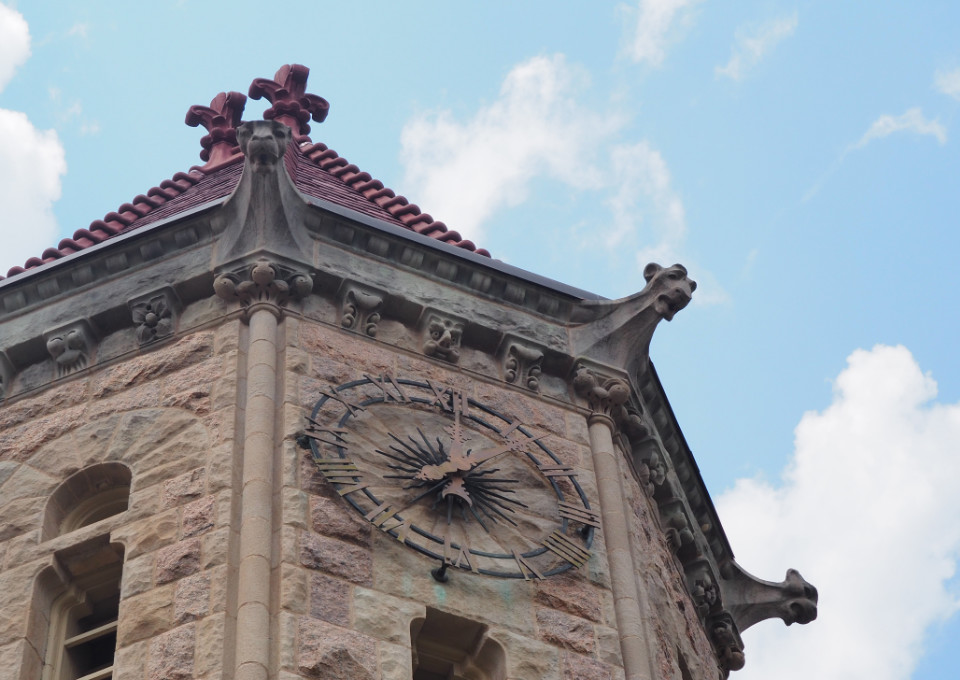 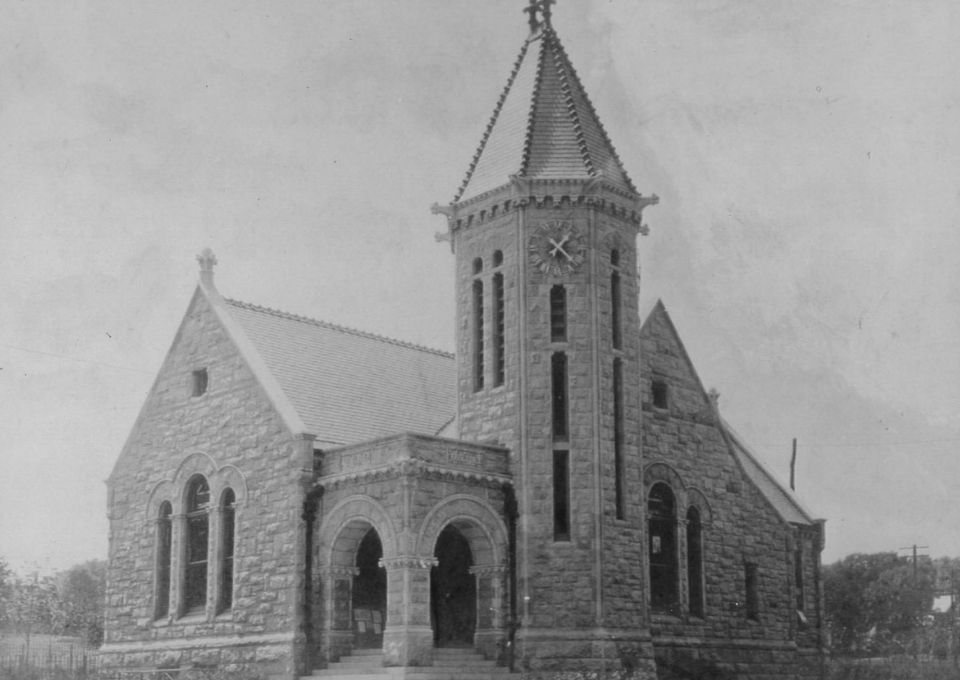 Tower clocks have long been a source of municipal pride. As early as the fourteenth century, Italian cities used communal budgets to build and to maintain clocks. A city’s tower became a proud symbol of orderly government. Tower clocks were built in America from the beginning of the eighteenth century. With movements laboriously crafted by blacksmiths, this clock told local time for their cities before the days of standard time zones. During these early times when much of America was rural, most citizens could not depend upon a tower clock whose bells were audible only within city or town limits. Instead, they would have used the sun to keep track of time.

The Hotchkiss tower clock division of the Seth Thomas Clock Company produced our Museum’s clock. The movement, dial, hands, and wire cords for the weights were ordered from a factory catalog, while the bell and weights were obtained elsewhere. Local craftsmen put the clock together. Before its function was automated in 1990, the clock was wound manually once a week.

By 1899, when this clock was installed, a standard time had been in common use for about sixteen years. This country’s railroad system, with its need to maintain schedules and reduce collisions, had spearheaded the movement to replace local time with the standardized time zones we use today. Certainly, rail travelers passing behind the James Library building would have been impressed by the clock tower that symbolized the munificence of the building’s benefactor, D. Willis James. Electric drill motors were added in 1990 to automate the winding of the movement and strike.