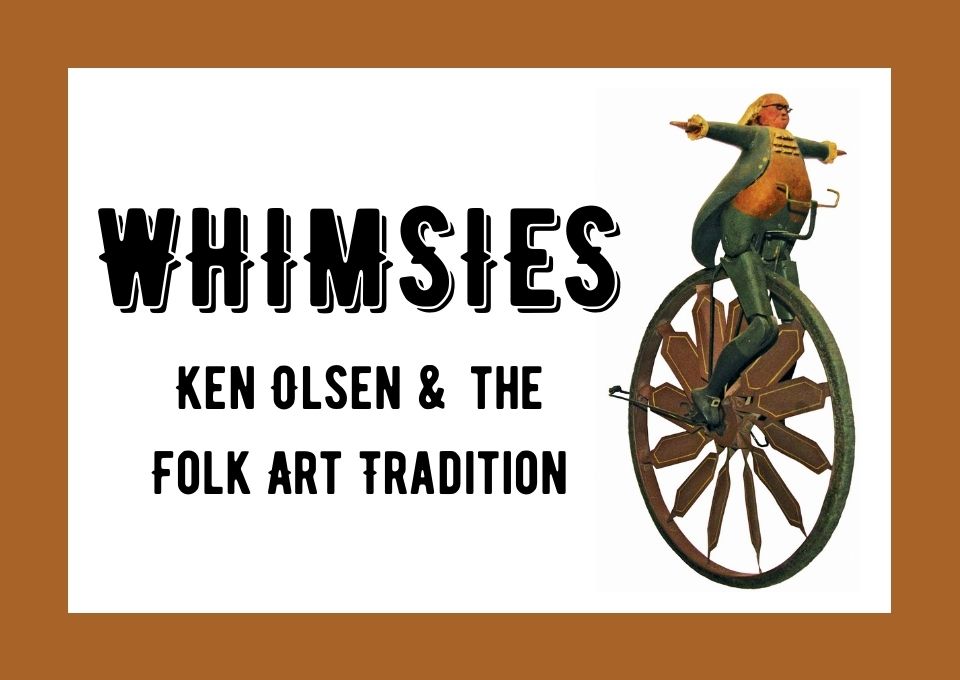 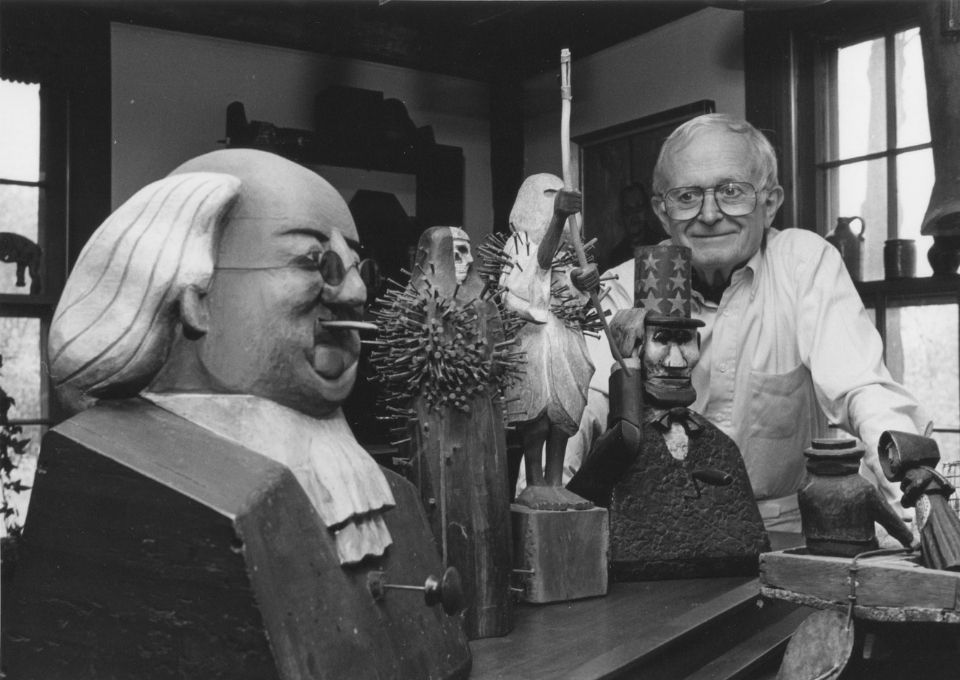 Whimsies: Ken Olsen & the American Folk Art Tradition focused on the artwork of Ken Olsen and his style of American folk art. Ken Olsen, 1921-2010, looked back to the past, saw what was good and fun – and made more of it. A longtime resident of Madison, New Jersey, Ken Olsen lived in a house built in the 1700s and created amusing and lovely pieces deeply rooted in the American folk art tradition.

Olsen’s lifelong passion for creating things with his hands began as a youngster growing up in Jersey City. “When I was a little boy, I always wanted to go fishing,” he recalled. “I began carving and assembling fish lures – my first carvings!” He learned from his father, a carpenter, and shipbuilder, how to work with wood, but Ken put this aside to study advertising art in New York City and became a successful commercial artist. After he married, he and his wife Bette moved into their 18th century home. Bette filled it with Americana and inspired Ken to make things that suited the house. He referred to his works as “whimsies” and wanted them to entertain – nearly all of his half-century of work is fun-spirited. “Some ideas just spring from nowhere,” Olsen said, “while other pieces are fashioned around objects found in an antique store or on a nature walk.”

There is no clear definition of what folk art is nor is there any consensus about who is a folk artist. Such labels are usually applied later by museums and collectors. Folk artists are usually described as being self-taught, or at least not academically trained. Much of what is considered folk art is functional as well as attractive, such as a store sign or a decoy bird. Patriotic and light-hearted pieces are typical themes.

Defining and labeling art is subjective. Some might consider Olsen a folk artist, others might point to his art training and say he was an artist working within the folk art tradition. In either case, Olsen’s work, while distinctly his own, shares the same spirit as similar American pieces made since the early 1700s.

Some Artwork on Display 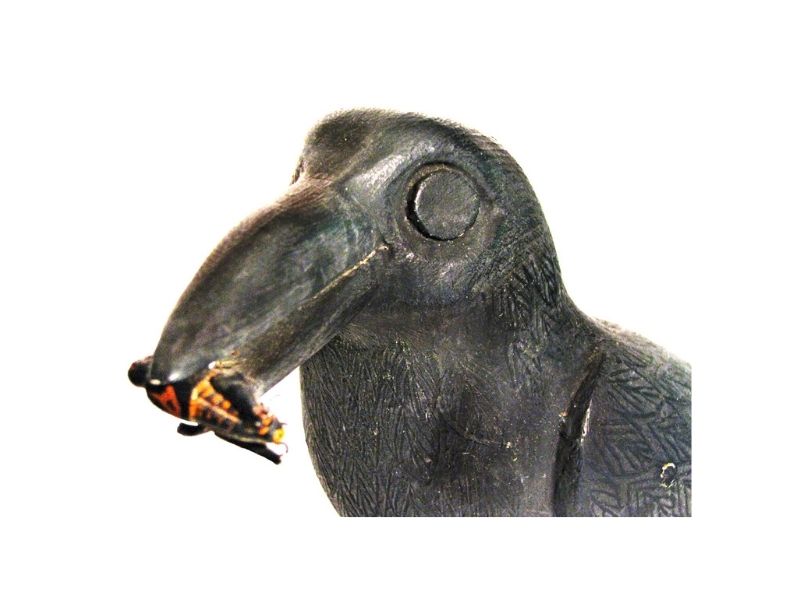 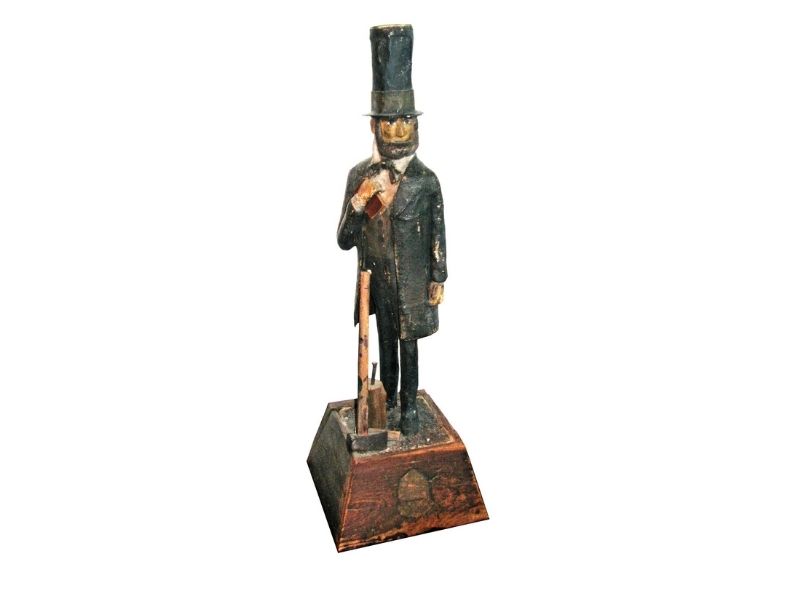 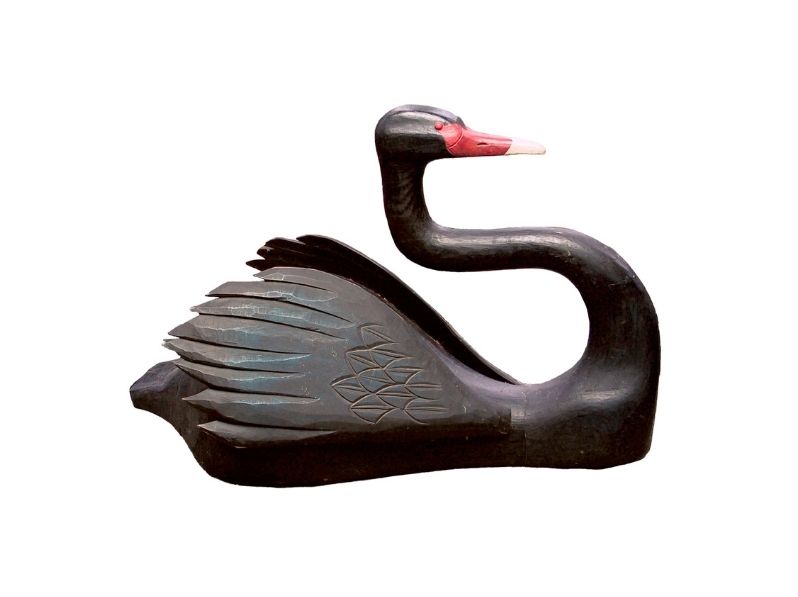 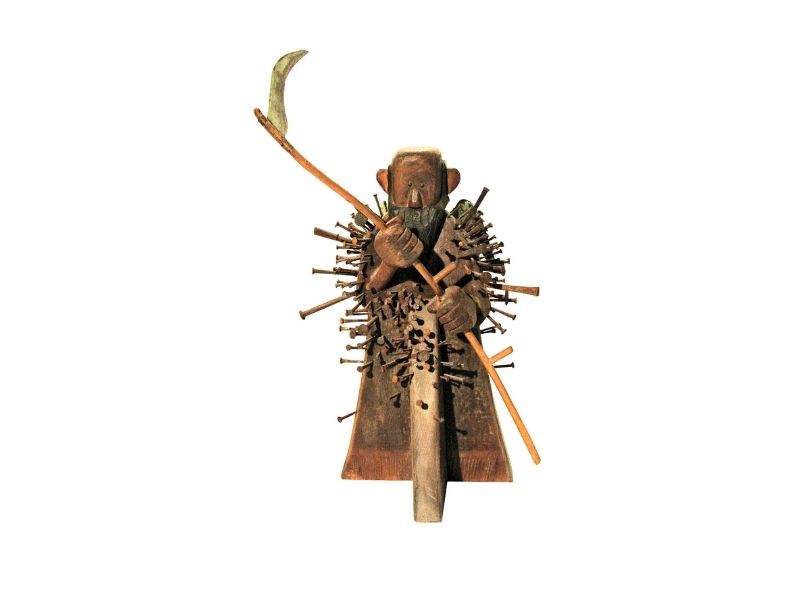