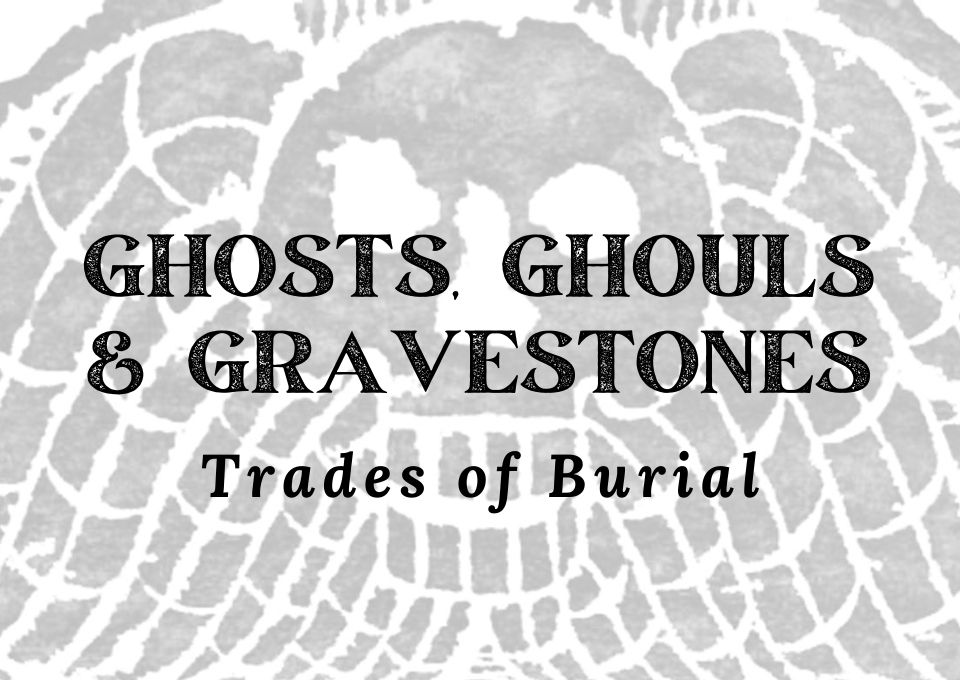 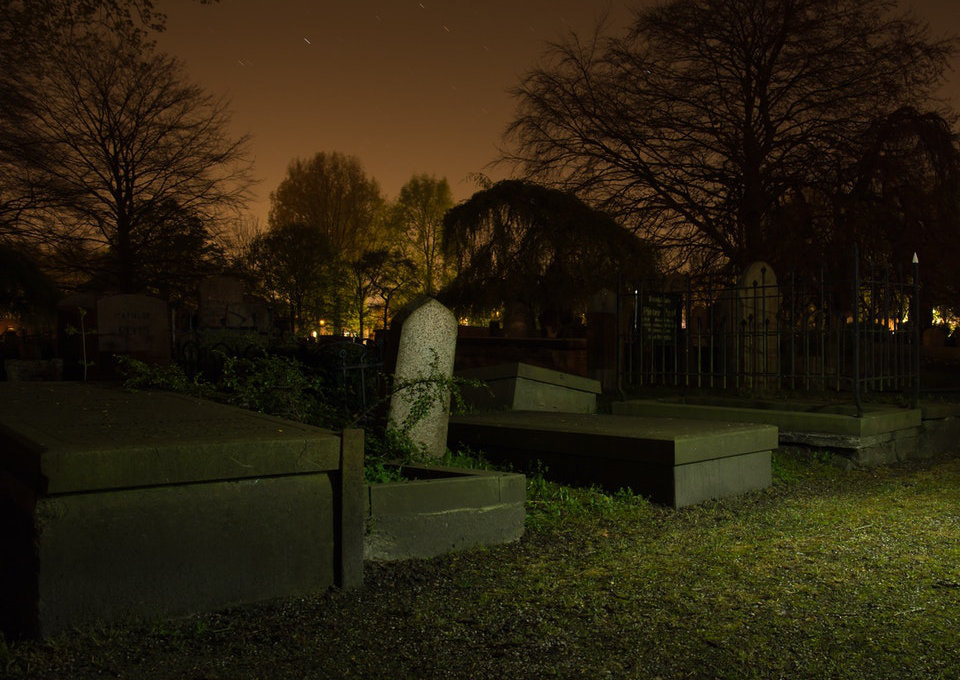 The Trades of Burial

“The only guarantees in life are death and taxes.” – Benjamin Franklin

Benjamin Franklin had it right; death is one of the few guarantees in life.  During the colonial period, this final phase of life helped to support numerous tradesmen in the American colonies. Among the several trades involved were gravediggers, coffin-makers and gravestone carvers. Few tradesmen could survive working these trades alone unless they resided in heavily populated areas during prosperous times. So, they honed their skills while producing similar everyday products like cabinets. While they may not have plied their trades full-time, these men helped their communities to mourn their dead and continue with life. New Jersey tradesmen also made several major contributions to the mourning practices and styles in the Mid-Atlantic region.

Ghosts, Ghouls, & Gravestones: The Trades of Burial highlighted the work of these tradesmen and their important role in the mourning practices of Colonial New Jersey. This exhibit also explored some of the well-known ghost stories from the area that have influenced the way burial trades and mourning practices are perceived.

In the end, we all die. But the living remain. They grieve for the dead, they remember the dead, and they bury the dead. Passing from this world was once a family affair, with immediate members attending to the dying, and then assembling any funerary equipment. However, over time the process of preparing the dead and grieving spread through social and economic ties to the community. By 1900, a robust funeral industry developed that considered a family’s every need, providing mourning clothes and other accouterments; funeral services including preparation of the body, coffin or casket; and even digging the grave and carving the memorial gravestone. At the same time, society developed strict protocols that dictated mourning, though not the grieving process itself. 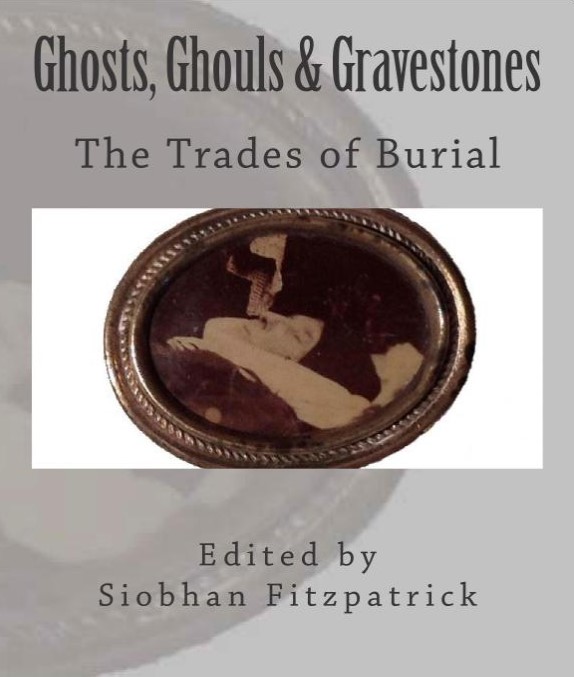 These protocols began with a death, or in some cases with the notification of death. Traditionally sent on black-edged stationery, letters would be sent out to inform family and close friends of the deceased’s passing. Once notification was received, close family members would need to purchase mourning clothes and friends would need to retrieve a set of mourning clothes to attend the funeral. At the same time, the local tradesmen provide the final services. The local cabinetmaker would make the coffin, the stone mason would carve the gravestone, another member of the community would dig the grave, the tailors and dressmakers would fit the mourning clothes, and numerous other tradesmen would provide the gloves, scarves, and rings for the funeral service. For many of these tradesmen, a death—and all that was associated with it– was the completion of a ‘cradle to the grave’ cycle of services. For others it was just the beginning, as they developed or strengthened new relationships with the relatives of the deceased. In the end, every death created a new burst of economic life to the community. 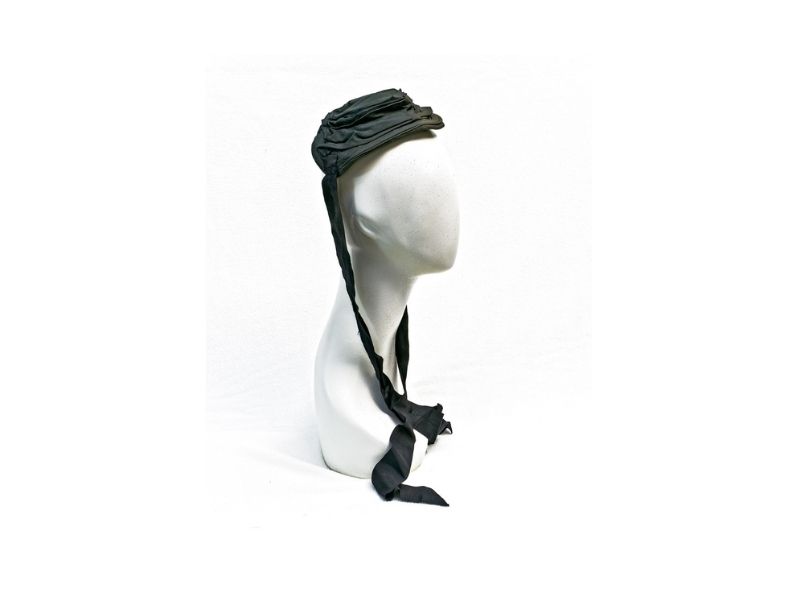 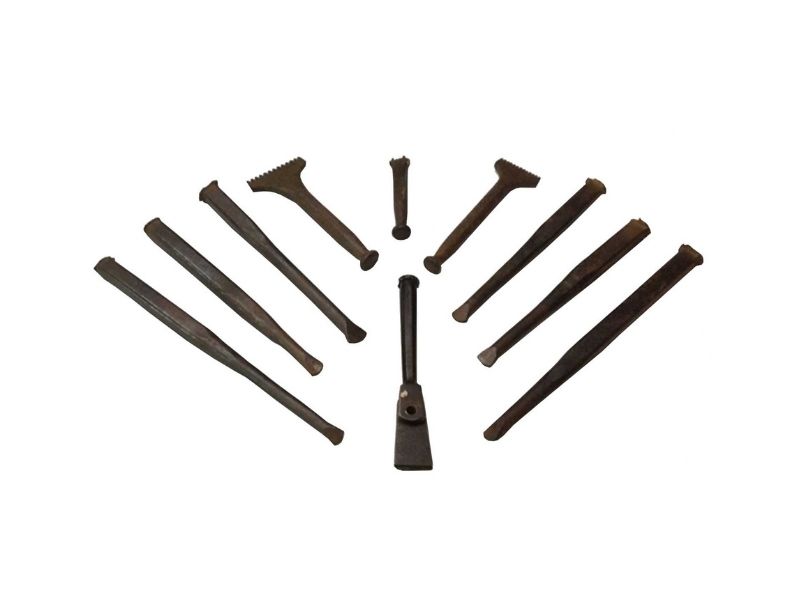 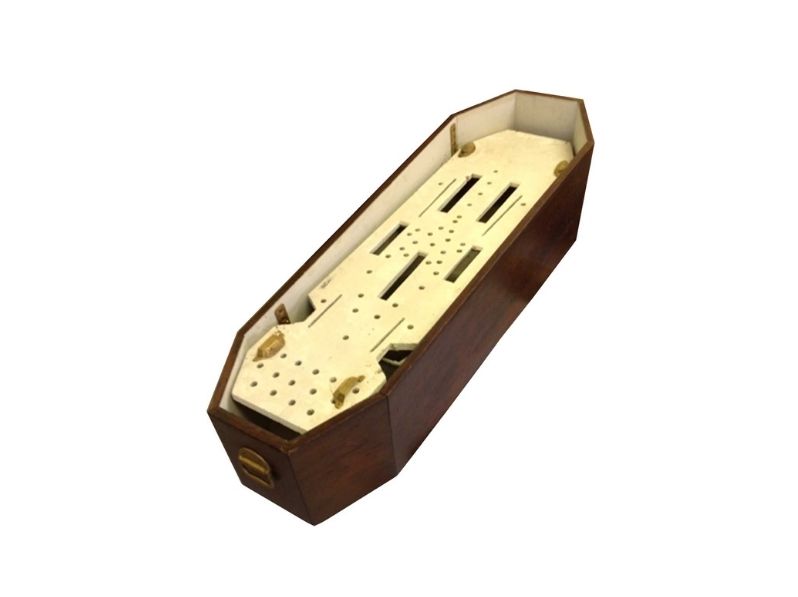