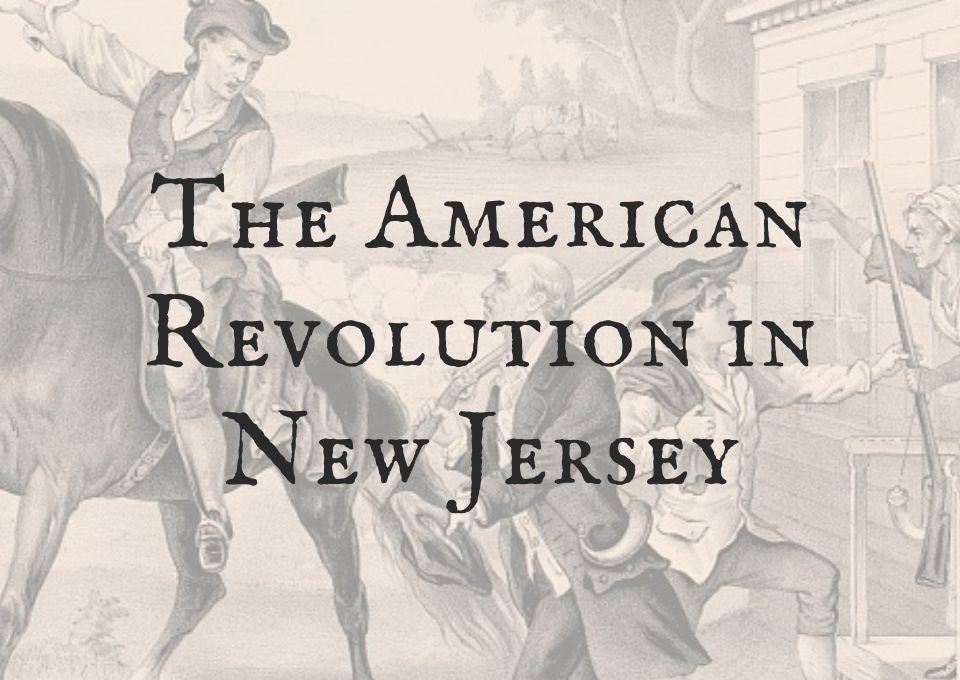 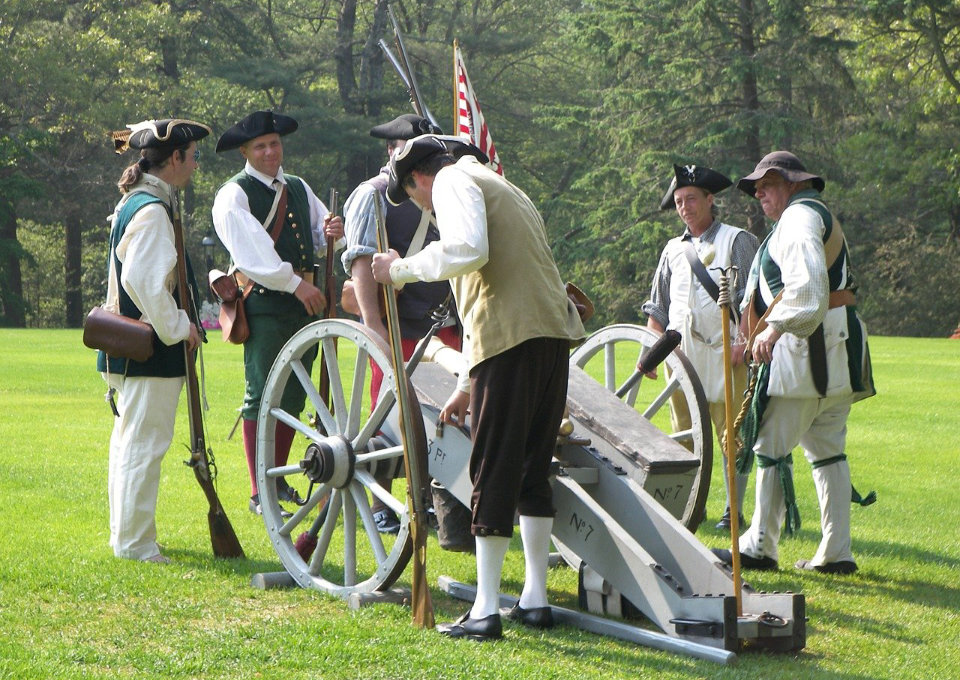 Where the Battlefront Meets the Homefront

During the American Revolution, battle lines moved all across the state of New Jersey. The British, who were based in New York City, campaigned across New Jersey to capture Philadelphia only to be pushed back by the Continental Army. The Continental Army kept winter quarters three times in New Jersey, while both fleeing and pursuing the British across the state. During this time, New Jersey residents saw their towns change from Loyalist to Patriot control repeatedly and were exposed to military life throughout the war. Regardless of political affiliation, all New Jersey residents endured the same harsh conditions including the destruction of property, lack of winter supplies, and extended militia service. Conditions were even more perilous in New Jersey’s ‘Neutral Territory,’ the no man’s land of Bergen County and other shoreline communities that could not be held by the British or Americans and contained large populations of warring Loyalists and Patriots. In these regions, the Revolutionary War resembled a civil war more than an international war.

The American Revolution in New Jersey: Where the Battlefront Meets the Homefront focused on the lives of various types of New Jersey residents during the war for America’s Freedom. This exhibit was originally planned to run from February 2014 to February 2015, but was extended to June of 2015 because of popular demand.

New Jersey Loyalists: The Other Side of the War

During the American Revolution, the Patriots supported independence for the thirteen colonies while the Loyalists supported the British Crown. Normally, the story of the American Revolution focuses on the Patriots, because they won the war. But what about the other side? What about the Loyalists: who were they and why did they choose the Crown over independence?

Loyalists came from many different social, economic and even cultural backgrounds. One group of Loyalists were the officials appointed by the royal government who relied on goodwill in London to maintain their positions. Perhaps the most famous New Jersey Loyalist was William Franklin, the last Royal Governor and son of Benjamin Franklin. William, like many Loyalists, believed that the colonists’ protests were unreasonable and that they should remain subjects of the Crown; to do otherwise was an act of treason. When the war broke out, many of these appointed officials tried to assist the British army by bringing intelligence on which parties were loyal to the Crown. Document boxes like those on the left were used to smuggle intelligence over war lines.

Political favor was not the only reason individuals chose to remain loyal to the Crown. Many businessmen had strong ties to Great Britain and were dependent on the continued trade between the colonies and mother country. Many luxury goods had to be imported from overseas, including glass and fine tailoring. Many of the colonies’ wealthiest members used these luxury goods as a means of signifying their social standing, while merchants were able to support their families based on the importation of these items. These men supported the Loyalists in order to preserve their financial well-being.

When the war broke out in New Jersey, the State’s African Americans had the same decision to make as the other colonists: support the Patriots or Loyalists or try to remain neutral.

For the free African Americans, the choice in New Jersey remained similar to that of their Euro-American neighbors. New Jersey, unlike other colonies, had retained the same language in its militia laws requiring all free men, regardless of race, to appear for service. It was not until the war ended that New Jersey began restricting the rights of it free African American population. African Americans serving in the Militia or army would have used French muskets like that one below. Muskets are less accurate than rifles because the barrel has a smooth bore, which means that there is nothing to correct the trajectory of the shot when it exits.

For the enslaved African Americans living in New Jersey, there were only three ways of life. The first would be to escape their masters and face the choice of the British, who offered the promise of freedom to any male slave who was willing to serve in the British army, or the Continental army whose stated policy was to accept free blacks into a limited area of service. Many chose to join the British and their promise of freedom over the Continental Army. Of course, at end of the war, they were returned to their masters.

Another route for enslaved African Americans was to serve in the military as substitutes for their masters. Those sent to be substitutes were required to be fully outfitted by the person for whom they were substituting. This included providing additional supplies outside of firearms and provisions, such as a plate, knife, spoon, canteen, and cup. If the substitute lived through the war, they were returned to their masters. There is only one known case of the state of New Jersey freeing a former slave for his service to the American army, and only because his master had been a Loyalist.

The last way of life was for those who did not fight in the war. As more men left for military service, slaves were expected to perform greater services on farms and received fewer provisions as traditional lines of trade were cut off. Additionally, they were asked to help the lady of the house find solutions to the boycott, such as making coffee instead of tea and later stretching what supplies the family could afford even further.

During the American Revolution, New Jersey’s mining industry was in its infancy. Owners had high hopes for these businesses but had not been able to find a profitable method of production with market access. The war had the promise of changing all this. For the first time, there was a guaranteed purchaser: the Continental Army with support from key officials. Unfortunately, the reality fell far short of the promise, and most mines continued to fail. The iron produced in New Jersey mines was used for the manufacture of munitions and materials for the army which was in constant need of supplies.

The mines were plagued with problems because of the war as well. Mineworkers tended to be landless men, who needed paying work. At the start of the war, staffing the mines was not as great a concern, but as the war continued, men chose to enlist for better wages, were required to serve longer terms in the state militia, or served continuously in the state militia in place of other relatives. Mine owners -or rather managers- also faced the fact that the army was not timely in paying its bills. Without payment from the army, mine managers could not purchase needed supplies or pay their few remaining workers. Other issues were related to location. Eighteenth century New Jersey mines were primarily located in isolated parts of Sussex Count and the Pine Barrens, which meant that the pig or bar iron ( the final product of the mine) had to be transported over long distances as did any supplies that were brought to the mine. While New Jersey’s early mining industry was not a financial success during the Revolution, it did fulfill one very important function: supporting the idea that the new United States could be self-sufficient and need not rely on the British.

During the American Revolution, New Jersey was the breadbasket of the colonies, supplying grain, oats, and livestock for both Patriots and Loyalists. As the war progressed, these farmers faced many difficult decisions that challenged not only their political convictions but their families’ survival. Under ideal circumstances, New Jersey farmers would have grown their crops with little interference from the war, sold to one of the two armies at market value, and still had supplies remaining to support their families through the winter months. The war did not provide ideal circumstances, however. Farmers had difficulty meeting the demands of both armies. Even when there was enough land to cultivate, there was rarely enough manpower as men were called on to serve in the militia. Due to this lack of manpower, fewer acres were planted each year and of those acres planted even fewer were harvested.

When crops were produced in abundance, soldiers from both armies would often confiscate materials under the guise of foraging, leaving farm families without enough food for the winter. When the armies did pay, the Americans paid in devalued paper currency, making the British gold and silver more appealing to farmers who needed to purchase supplies to survive. Many men smuggled livestock out of the American-held territory and into British-occupied New York, where they could sell it at a higher value and be paid in hard currency, rather than sell to the local Americans. Farmers also suffered financial losses as wood cutters illegally cut down their wooded acres, selling the timber primarily to British troops without compensation to the farmers who owned the land and trees. Many were forced to flee their homes and seek safer refuge elsewhere as the battle lines moved across the state.

Women and the War Effort

New Jersey women were active participants in the American Revolution. While not permitted to serve in the army, wives followed their husbands to army camps and provided invaluable services as seamstresses, cooks, and nurses. Many women also made extra money for their families by selling supplies, liquor, and hot meals to soldiers in their role as sutlers. In fact, having women travel with the army and provide these key support roles was so critical that the British army eventually brought select army wives over to the colonies for the duration of the war.

Many women remained at home to maintain their family farms and businesses while their fathers, brothers, and husbands served as professional soldiers with either the British or American armies, or served extended terms with the local militia. The women who remained on the homefront had many challenges to contend with including the lack of farm hands to assist with planting and harvesting, pillaging by the Americans and British, and the need to provide supplies for their family and for sale. Patriot women further supported the American cause by boycotting British goods and assisting the war effort. While women were not encouraged to join the army, they were hired to make uniforms and munitions. An important task of these hired women was wrapping bandages and creating cartridges for the infantry. Loyalist women supported the crown by smuggling information and goods across military lines. Unlike men, women were viewed as non-threatening and regularly allowed to cross into enemy territory to visit relatives.